Forum rules
Please check the other forums in the Dreamcast section before posting here to see if your topic would fit better in those categories. Example: A new game/homebrew release would go in the New Releases/Homebrew/Emulation section: http://dreamcast-talk.com/forum/viewforum.php?f=5 or if you're having an issue with getting your Dreamcast to work or a game to boot it would go in the Support section: http://dreamcast-talk.com/forum/viewforum.php?f=42
Post Reply
241 posts

I found some Bleem disks in a DC lot for sale on craigslist https://archive.vn/qLNhG

are you sure those are bleem discs? if so what's the implication of that listing?

could just be PSX bootlegs
Top

Just a guess seeing the bootloader disc with the Dreamcast. Either Utopia or BleemBeta. No burnt DC games. Maybe for the 2 imports DC they are selling,
Top

Wow cool video. Hit this with an F5 until Bleem shows up.
https://github.com/RandalLinden
Top

LoL I hope we can get the source code one day! Not only to play PS1 games on DC but for preservation, it was an insane work that needs to receive more attention in video game history!
Homebrews + Tutorials + Interviews (Dreamcast/Sega Saturn): https://titangamestudios.com/

No worrys he ported snes doom with out ever having the pc source code lol never seen it he said .. what type of skill really is this He uses an AMIGA to hack the sfx lmao..

why is it that no1 ever questions things anymore?
they take the narrative given as gospel damn near everytime.
the fact that there are only a few people that believe the 5 beta colors are different proves this.
i for one always question things and try to do my own research from multiple sides.
i do this before i make my own decision as to what is truth.
but this example is seen on a daily basis throughout our society.
its either that people are lazy or they choose to not want to know.
Top

feel free to post any new bleem tinfoil.
even if rand said that there is no difference between the beta colors...
it doesn't mean we can't try to solve the remaining questions. 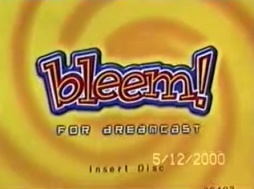 Original source of the cracked versions of bleemcast beta:

Who are The revolution gamers & the cross figure group & u2k?
*I have found absolutely no information on this group..except the leaked beta.

Was the leaker of the bleemcast beta a psxdev that went by the name of XeroX in multiple psx usergroups?
*As far as I can tell it was.

Can anyone build a proper bleemcast beta bootdisk using the miltemp directory and source files from the leak?
Bueller?

Only one i see when i ran bleem on my pal console in australia it ran at 50fps no more in usa it runs 60fps yet it's not region protected.. watch gamesreup's review of bleem beta games there all slow 50fps even thou he is booting ntsc fps 60 games not pal games.. also noticed that pal games ps1 on bleem on ntsc console run at 60fps and not 50
https://www.youtube.com/channel/UCeVCRA ... whHyKp6OsA my youtube channel
https://www.patreon.com/ImrTechnology support for my work
https://discord.gg/ZHb4rCq
https://soundcloud.com/ian-micheal-47914919/ my band
https://twitter.com/IanMicheal10
https://github.com/ianmicheal