Why should I go with the Dreamcast?

Why should I go with the Dreamcast?

I am new to this whole dreamcast thing and I have been getting into retro gaming lately. I don't own a dreamcast yet but I'm wondering why I should go with the dreamcast over the original Xbox which had TONS of games I loved like halo, kotor, and fable. It (the original Xbox) was also more powerful than the dreamcast. Not many of the games in the dreamcast library have really captured me, the only few I can think of is Skies of Arcadia and Shenmue. I would love some game recommendations and reasons why I should get this over the original Xbox. (I love RPGs like earthbound, final fantasy 6, suikoden, and xenogears. I also love the entire Halo series... Except for 5.)

Thank you for your help

Gary_b
Profile
Joined: Fri Jun 27, 2008 4:38 am
Dreamcast Games you play Online: all of them
Location: michigan

We should not convince you to get a Dreamcast. This decision should be made by you for your own reasons. I do not mind recommending some games for you though. I will say this, it sounds like you have already played the original XBOX.

If you like RPG"s I would go with the already mentioned Sky's of Arcadia and Shenmue. Shenmue 2 was released for the XBOX in the united states. The Dreamcast did get Shenmue 2 in JPN and PAL though. Shenmue is more than an RPG. it has elements from just about every genre. From fighting, Racing, Adventure, Acton, Role Playing, Arcade and Simulation. For the arcade potion you can walk into a arcade in the game and play some classic SEGA games such as Hang On and Space Harrier. For the simulation aspect they make you get a job and you actually have to perform your work duties which consist of driving a fork truck moving creates from area to area.

Now for a few that you may not have known about. Grandia 2, I cannot recommend this game enough it is one of the best RPG's that I have ever played. The combat system makes it a lot more enjoyable than turn based or hack n slash RPG's. Game Arts has re-released it for windows pc, the Grandia® II Anniversary Edition can be downloaded on steam and GOG.com.

Next we have Phantasy Star online v2, PSO still has an active online user base. Dreamcast-talk hosts a server "Vega" where DC-Talk members meet up for up to 4 player online coop game play. PSO is a hack n slash style RPG and different people have different reasons for playing it. SEGA has made many sequels to the game ranging from version for handhelds such as the Sony PSP and Nintendo DS to the newest one Phantasy Star Online 2 on the PS4 in Japan region only.

Next we have Record of Lodoss War. This one is a bit hard to describe. It is a overhead action RPG Like Diablo 2. Evolution 1 and 2 are both pretty good. Nice game play and story. Evolution 2 did not get a English voice overs like the first one though so you will have to read a lot. There are about 20 more, but these are the few that I enjoyed. A couple of honorable mentions are Time stalkers and Armada. Well that about does it. I linked to a few videos so that you can see some game play and watch a few reviews. Good luck with choosing, I personally have a PS2, XBOX and Dreamcast. I use to own a Gamecube too but I lent it to a friend and never got it back.

Thank you for your help. I was simply wondering about some game recommendations. I've never owned a dreamcast before but the original Xbox was the first console I ever played/owned. Right now I only have the budget for one so I was going to see what you guys would recommend I get if I did get one.
Top

It's really hard to just shout out random games without knowing a lot about your personal preferences, but one of the main draws to the Dreamcast is it's fighting game and arcade ports library. You really can't find a system with a stronger library of fighting games than the Dreamcast and the system has a ton of arcade ports that are virtually 1:1. The other amazing thing about the system is that it's still actually getting new games. The system has a very robust Independent scene that pumps out between 2-5 new commercial games a year. I own a retail website that deals in these so I might be a little biased on that point.

As far as RPGs, I agree with Gary_b's suggestions. I would add a couple more to his list though. Pier Solar HD is an awesome Independent release on the system and is a homage to 16 bit style RPGs. The thing was in development for something like 8 years. I personally don't own a copy, but I've heard EGG:Elemental Gimmick Gear is a really good RPG too.

As far as convincing you which to buy, the Original Xbox and Dreamcast are very different systems so it's really hard to compare the two (I own both). I will say the Dreamcast has more exclusives, but that doesn't mean much if you don't like the genres that entails.
Looking for awesome Independent Dreamcast games? Visit The Bit Station at www.thebitstationgames.com!
Top 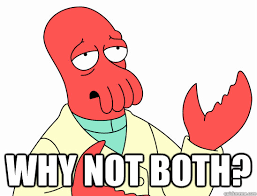 I love the DC but OXBOX is one of my fav consoles ever, great fun on both systems.

It feels to me that the DC/PS2/OXBOX generation was the last true "game" console generation. Back then it was just put the game in, connect a controller, and just play. After that its become a mess with required installs, updates, dlc, achievements, bad servers, and season pass bullshit. Its like gaming now is more of a chore or commitment rather than just something to have fun with.
Top

I agree, for me the whole console thing went to hell the minute they started putting hard drives in em
We are SEGA generation.
Top

mazonemayu wrote:I agree, for me the whole console thing went to hell the minute they started putting hard drives in em

You guys are hardcore, I love it.

The Dreamcast has an awesome library of various types of games as mentioned above.

Fun tip: It's the predecessor to the original xbox.

Also, with the right hookups, you can bring your Dreamcast into HD.

Can't do that with the original xbox.

Unfortunately for you, RPG is probably the one genre where the Dreamcast library is thin. (other members have pointed out some of the standout titles)

But if you like fighters, shoot em ups, and racers...... the Dreamcast never disappoints.
Top

Dreamcast was lacking a bit in RPG's but its draw seems to be in its abundance of unique quirky games with that overall weird Japanese feel.
Anyway theres tons of youtube stuff on why the dreamcast ROCKS!
Top
Post Reply
14 posts