Quest to build DreamPI for under $20

Online games, how to get online, and anything involving Dreamcast online can be discussed here.
Post Reply
12 posts

Quest to build DreamPI for under $20

Hello folks, just decided to try and build a DreamPI for $20. Some may say I am crazy, but I think I actually just did it. Still waiting on all parts to arrive in Texas, but I just got the Pi Zero original model, a USB fax modem, some USB micro to USB adapters, and a USB Wifi dongle. Will have to build my own Line voltage inducer but should be pretty easy.

USB WIFI adapter for about $1.

And finally 2, Micro USB to USB 2.0 adapters for connecting a USB hub and WIFI dongle for about $0.75, free shipping.

Now we can question the quality of the parts from China all we want, but I set out to see if this could be done for a budget instead of paying somebody else a full $90 to do the same damn thing. Now, not knocking the ones who sell them for that, but I set out to see if I could do it for a Jackson or under, with the bare minimum. The ultimate goal here is to internalize this inside of my Dreamcast.

So how did I do? Should pretty much any USB fax modem work?

You did great regardless of the following questions and comments.
1. Did it come with a power supply?
2. If not, do you have one (5V/2A)?
3. You have to be careful as not all USB modems work. I think a list was made somewhere regarding the compatibility of the Linux-friendly USB modems as opposed to the Windows-friendly only ones.
4. Do you have a case/shell for it to live in (no a big deal, just asking)?
5. Do you have a mini-HDMI to HDMI cable/adapter (not required, but excellent to monitor the Pi when troubleshooting)?
6. I assume you have the SD-Card.

To note, I am sure someone else reading this will chime in with better details. Also, I am aware Anthony does know what he is doing, I just wanted to kick some things out there so if someone else wanted to do this, there is more to it, Anthony's purpose in this is to take care of the Pi side, which he did brilliantly, better than I did on the $$$ side of things.

Hey thanks for the reply.

Bob Dobbs wrote:1. Did it come with a power supply?

Bob Dobbs wrote:3. You have to be careful as not all USB modems work. I think a list was made somewhere regarding the compatibility of the Linux-friendly USB modems as opposed to the Windows-friendly only ones.

Yeah I looked online it said the Lenovo RD02-D400 ones should work, but they had said on Dreamcast Live there was a way to tell by looking at a picture and comparing the internals, but the picture wasn't in the F.A.Q.

Here is the excerpt from the F.A.Q.

The recommended modem is the Dell NW147. This same modem is also sold as the Lenovo RD02-D400. They both use the Conexant RD02-D400 chipset. It's not recommended to purchase an unbranded modem even though they look very similar. Many are not compatible and it's impossible to tell them apart.

From the eBay page I bought mine from it appears to be an official Lenovo Conexant RD02-D400 chipset according to the official looking tag connected to it as opposed to a unbranded clone. 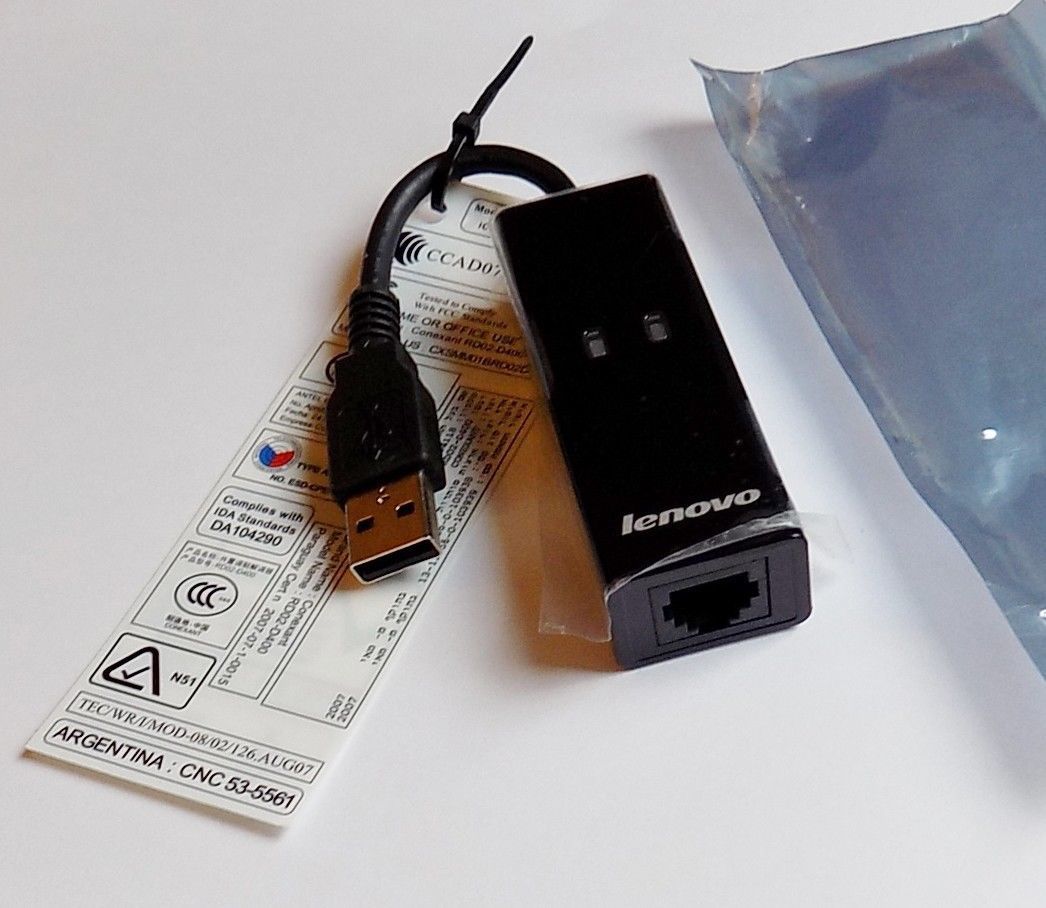 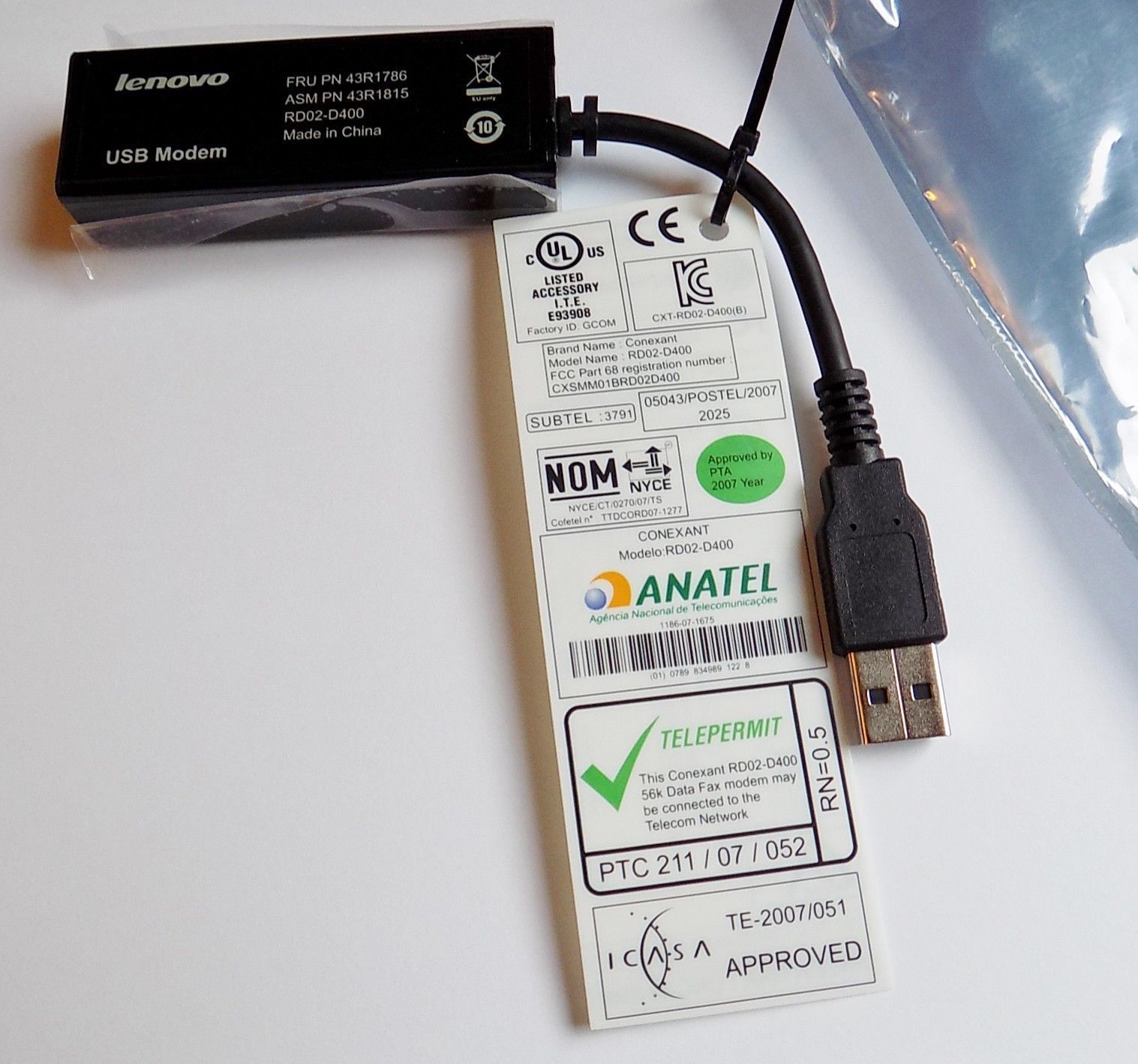 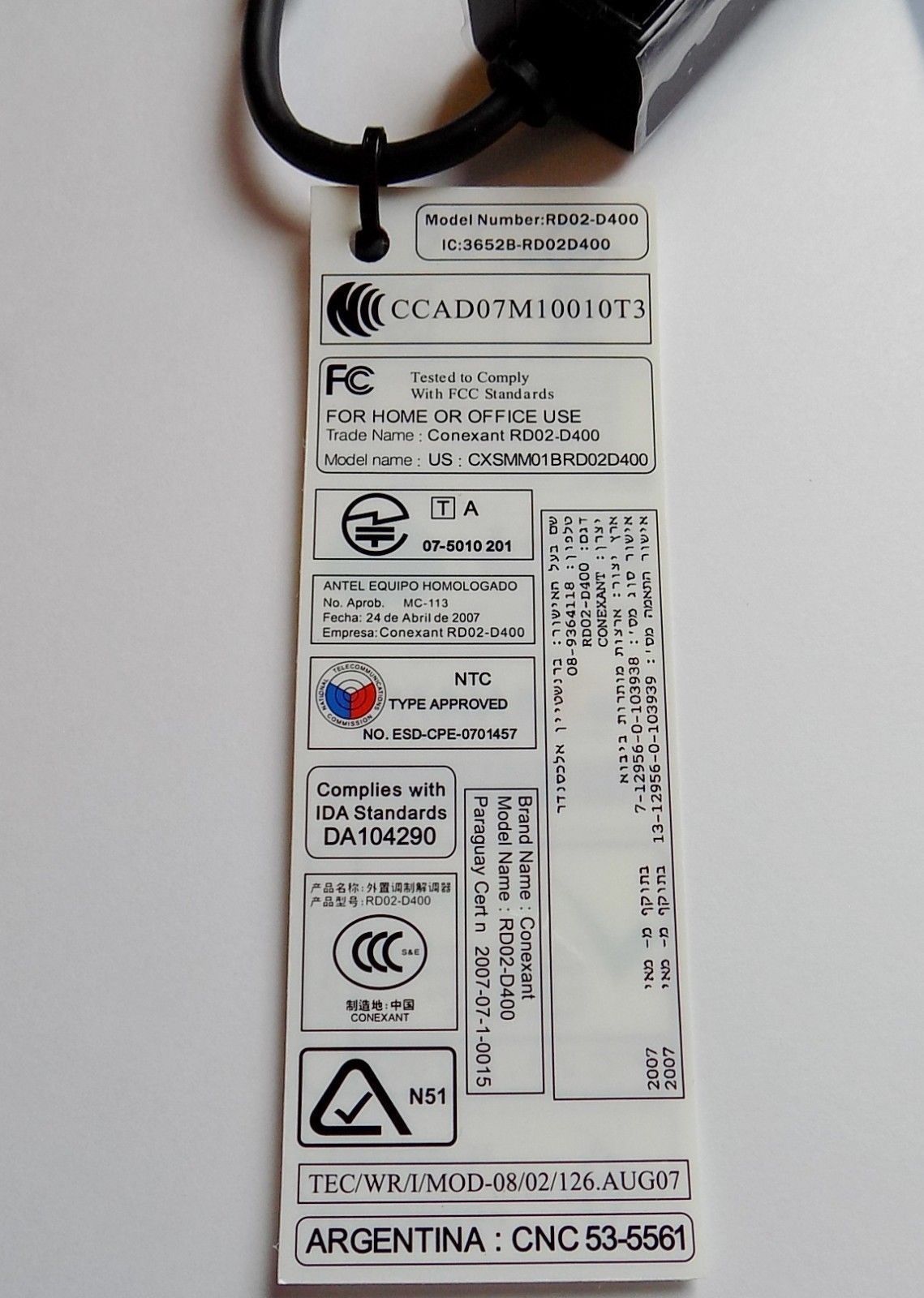 It also has the year 2007 printed on the tag on it in multiple places as well as stamped, so it seems it is possible it could be an original one that was made back in the day vs a new clone? Seems like too much work for a clone.

Bob Dobbs wrote:4. Do you have a case/shell for it to live in (no a big deal, just asking)?

Yes and no, like I said it is gong inside my Dreamcast case, this is going to be an internal DreamPi mod fully Wifi.

Bob Dobbs wrote:5. Do you have a mini-HDMI to HDMI cable/adapter (not required, but excellent to monitor the Pi when troubleshooting)?

Yes I have a brand new one still in the package here from a old Graphics Card I got for my PC years ago.

Bob Dobbs wrote:6. I assume you have the SD-Card.

Yes I have a small 4gb one here already, as well as a USB hub if I need to use it which seems likely.

I saw mods where the PSU from the Dreamcast provides enough power to run the Pi and everything on top of the normal components. I have a GDEMU so will be interesting to see how much it taxes the power draw.

My plan is to build something like this fully internal. So does anybody know what materials are needed or have any instructions on building a USB powered LVI? I have spent 20 minutes looking around online and not finding anything. I see people discussing the one for PAL consoles but I just want to know if anybody has any updated 2018 instructions. Only found something for the old 9v ones ran off of a battery. I want a more permanent solution than that.

I wired in a 9v ac/dc wall outlet plug converter in place of the battery. If u got a PAL then 18 volts
Italian Stallion
Top

I'm no expert but wouldn't the only difference in building a usb LVI be that you just wire a usb step up in the place of the battery connector?
Top

Ah ok no problem guys. I found a rechargeable 9v battery in a junk drawer here so I guess it would be more permanent than having to buy new batteries over time. I got a lot of rechargeable batteries here so might be able to use a few AA batteries as well to do the CMOS battery mod as well. Just need to find some battery holders for that.