by Heavium_k
Any of you who know more about these or own one of these ?
How does it compare to a HKT-7300 'green goblin' in build quality ?

I love the clear green on the stick and chrome buttons. Where were these sold ?

These are some pictures from an ebay auction. It's in cali so shipping is insane, otherwise i'd jump on that and try to fix it.

The company also made this :
http://www.thedreamcastjunkyard.co.uk/2017/07/the-dragoncast-vs-cable.html

Just found this arcticle on it. Guess i was a bit too hasty asking about it. Still no in depth info or review/comparison though.
https://videogamecritic.com/extras/cool/dragoncast.htm

by poopidoop
i dont know about these but i can say the HKT-7300 is very good. and i will eventually be buying a 2nd one.

by Anthony817
This is only the 2nd time in 20 years I have ever seen another device with 2000 Dragon on it!

I used to own a device for PSX that let us play import games and backups. We got it for Dragon Ball GT Final Bout Japanese version on our NTSC-U PSX back in the late 90's. Damn this takes me back. Here is a picture of it I took in 2012 right before I sold it with a PSX in a bundle. 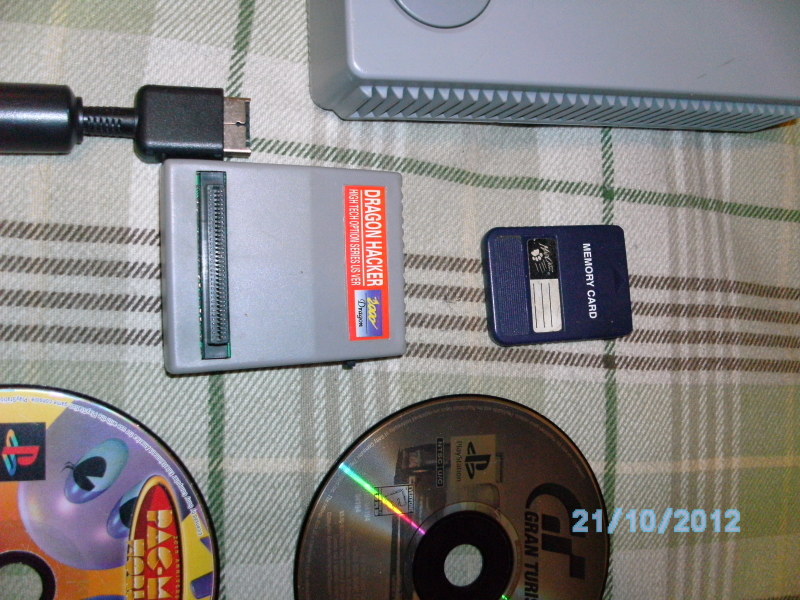 by poopidoop
Nice Anthony! i had the same thing, someone talked my into it at a Game X Change store to play imports because i wanted to play a couple dragon ball z games. i loved it

by Anthony817
Yeah some guy down here at Funimation land talked us into it. Dragon Ball shows were dubbed here in Fort Worth Texas, and so there was a place in our local mall called Funimation land. Not sure what the affiliation was with the Anime company if they owned it or were a subsidiary or just a home base one off store? They had all kinds of import games and Japanese Anime stuff. Pretty cool that even in the heart of Texas you could find incredibly rare stuff like that hehe.

Anyways sorry for taking it off topic. I just never seen any other device made by that same company. It was super rare and still is I guess? I searched far and wide on the net back in 2012 for information on the company or anything at all, and never found a thing. Looks like a really solid arcade stick though. I would actually love to own one if they are solidly built.
All times are UTC-05:00
Page 1 of 1
Powered by phpBB® Forum Software © phpBB Limited
https://www.phpbb.com/