Major upgrade from any other release this uses the sh4 fame core now works with dreamneo cd and sync works for the sound.. zero frame skip any would un sync the sound all sounds work first time for Dreamneo cd

Youtube video with me playing it on a dreamcast

Thanks this works nice on hardware finally cracked it lol many games now work like this rewrote the whole timing system to stay in sync
https://www.youtube.com/channel/UCeVCRA ... whHyKp6OsA my youtube channel
https://www.patreon.com/ImrTechnology support for my work
https://discord.gg/ZHb4rCq
https://soundcloud.com/ian-micheal-47914919/ my band
https://twitter.com/IanMicheal10
https://github.com/ianmicheal

Btw never tryed Dreamneo before this game release is the one to try plays brilliant the game is super good one of the best on neogeo cd..

this far a head build past anything i have released so you geting to see the work i put in on this one..

Description
IRONCLAD is a side-scrolling shoot ’em up released in 1996. You maneuver a warship and team with the mighty Iron Clad in order to fight the Iron Mask Republic and save the Kingdom of Chop.
Your weaponry includes three main blast weapons upgradable by collecting more items, a charged attack you can use when Iron Clad is attached to your ship, three types of melee weapons you can brandish to show off your strength in close-range combat, a bomber that clears all enemy bullets, and finally shooting patterns that change based on whether the Iron Clad is attached or disconnected from your ship.

You can even select the stages you want, feeding your hunger for combat and allowing you to see different endings for each play through!
©SNK CORPORATION ALL RIGHTS RESERVED.

Description
Ironclad is a side-scrolling shoot ‘em up for the Neo Geo CD. Use your war ship to save the Kingdom of Chop from the Iron Mask Republic. You can use three main blast weapons, which are upgradable when you collect more items, a charged attack available when Iron Clad is attached to your ship, three melee weapons, a bomber that clears all enemy bullets, and varying shooting patterns. Stages are selectable, and there are multiple endings.

Another version was developed for the Neo Geo as an AES-based cartridge, but was never released in this form. This cartidge version is the one that was eventually released on the Wii's Virtual Console. 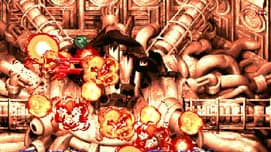 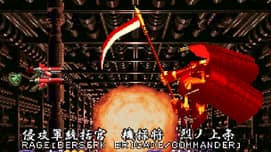 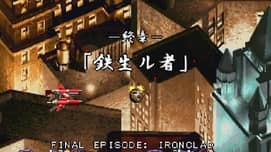 best version is neogeo cd version not the boot leg cart which then got converted to wii console then put on gog..