Roel wrote:At least I have some financial stability now

Do't forget to check out the latest update for Intrepid Izzy: https://www.kickstarter.com/projects/se ... ts/2520905

It includes a number of Dreamcast screenshots!

Izzy is so pretty...

Great work on the game thus far guys. Look forward to future updates and of course the completed. By far my most anticipated game for Dreamcast, for the past 18 years

Sega1Dream wrote:By far my most anticipated game for Dreamcast, for the past 18 years

Hi. is there any news about the game release or new video?
If is still in development can I make a request to the console version? Whould you can add an anamorphic video mode to the dreamcast version to match the original HD vision you have in mind?
I made an example of how it would be, using one of your images from the hd version: 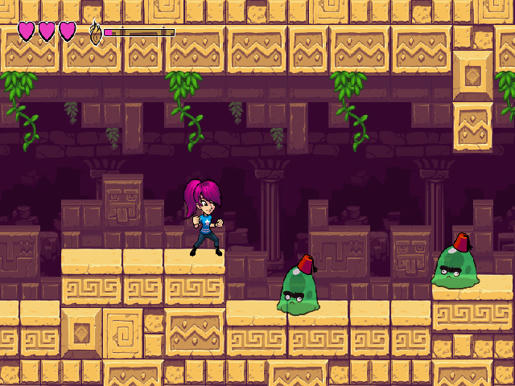 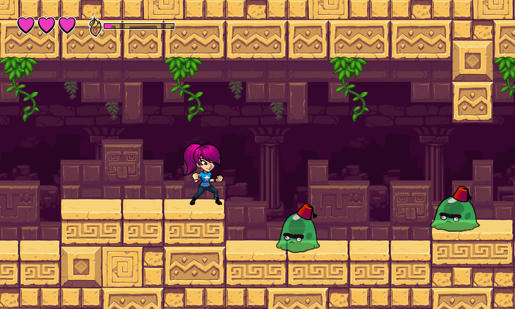 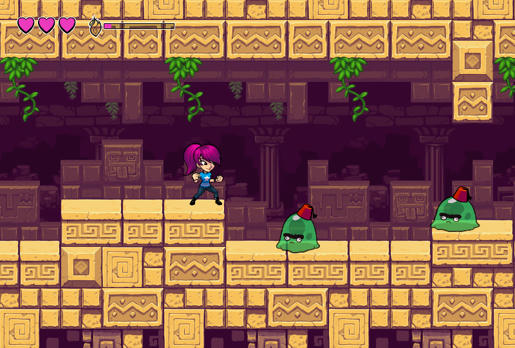 I hope you find it useful, continue with your very excellent work, we want your great adventure to go on sale.
Top

Honestly I don't know why all modern developers for DC don't include anamorphic widescreen options.

Anthony817 wrote:Honestly I don't know why all modern developers for DC don't include anamorphic widescreen options.

Then prepare to learn something now!

While anamorphic widescreen is usually dead simple to add to 3D games simply by changing one or two values of the projection matrix (the "camera"), this does not necessarily apply to 2D games. Many 2D games don't have a projection matrix or scale setting at all.

Secondly, 2D games are often programmed with the assumption that sprites and/or tiles will always be drawn at integer positions. Scaling the coordinates by a non-integer value can cause the output to appear jagged or blurry, introduce (flickering) gaps between tiles, and/or cause an undesirable undulating effect to all the graphics when they move across the screen.

In the case of Intrepid Izzy, there is a "camera" with independent width and height settings, so it is possible to remap the coordinates to achieve the anamorphic effect. But the result will look quite bad on account of the effects mentioned in my second point.

To get around this I have experimented with custom resolutions, attempting to create a true widescreen output signal (ideally something close to 720x400). However this has proved to be very difficult and caused syncing problems on both the TV and the DC. It would be cool to have though, so maybe I will try again later.

In any case, Intrepid Izzy will have a widescreen option - at the very least one for letterboxed 640x360.
Top

Thanks for the explanation Roel! I do also remember that japanese_cake mentioned he would have to do some stretching or doubling of pixels to get Last blade 2 Dreamcast port working correctly in 480p resolution since it was a 240p game as well, so I guess that also would bare some similarities to widescreen hacking.

Also I guess it makes more sense most Indie DC games aren't made for widescreen in the first place because they aren't 3D to begin with. Most have been 2D since the beginning with a few exceptions.