I haven't made any changes to the PAK between testing it on the original build of nuQuake v1.2 and the builds that have followed, and yet the map appears correctly in the original build but corrupted in the newer ones. It also appears fine in Makaqu.

I'll do some further experimentation tonight, and I'll send the map over to mrneo240.
Top

I went through the config files included with mrneo240's build of After The Fall and found that the gl_picmip command is being used to reduce texture quality, allowing them to fit in to memory. I added the command to my config, and now my build appears fine.

What's funny is that I originally used the d_mipcap command to do the same thing with Makaqu, until I freed up some memory and removed it.

So, as predicted, the corrupted textures were down to maxing out the available memory.
Top

Have minor feature for the future
Top

Here's a list of the issues that I've encountered. I sincerely hope that it helps to improve the engine.

Sound. There is often random pops when there should be silence. Parts of sounds will sometimes repeat. Some sounds are distorted, either seeming to play at a reduced quality, stuttering, or even pitch shifted.

Saving. My settings don't load correctly. I had set the control and display settings to my preference, saved them to the VMU, and reset the game. Brightness seemed to be the only setting that was set correctly, though this only took affect upon loading the next level. I haven't tried saving my progress.

Warping Skies. The sky layer warps when the player is moving.

Menu. At its default size, the dark background of the menu doesn't cover the entire screen, with a gap down the left hand side. There is clipping on some of the scroll bars. Text looks fine at all sizes, but menu images would benefit from set scaling so that their pixels remain square. Some elements don't show as off or on when altered (such as the crosshair, which still reads as "off" when on).

Crosshair. The position of the crosshair is altered by the screen size, with it only being in the correct position when the view window is fullscreen.

Mouse Binding. The mouse is useable, but its buttons cannot be reassigned in the options menu.

Here's videos of some of the issues. Some of the videos were made with the earlier build of 1.2, but all of the issues have been confirmed as existing in the latest build.

Clipping and distorted pixels on the menu :
http://pipnayler.com/misc/menu.mp4

Incorrect positioning of the crosshair :
http://pipnayler.com/misc/crosshair.mp4

The chaingun appearing incorrectly in the latest build of 1.2 :
http://pipnayler.com/misc/vweap.mp4

Here's what can happen when there's not enough memory for textures (not an issue) :
http://pipnayler.com/misc/texture-memory.mp4

This video comes from the earlier build of nuQuake 1.2 and highlights the blurred menu images, warping sky, and bad sound :
http://pipnayler.com/misc/menu-sound-sky.mp4
Last edited by DARKHALO2K on Mon Jun 22, 2020 9:26 am, edited 2 times in total.
Top

And here's some screenshots of a few of the issues.

Entities clipping the vweap and HUD : 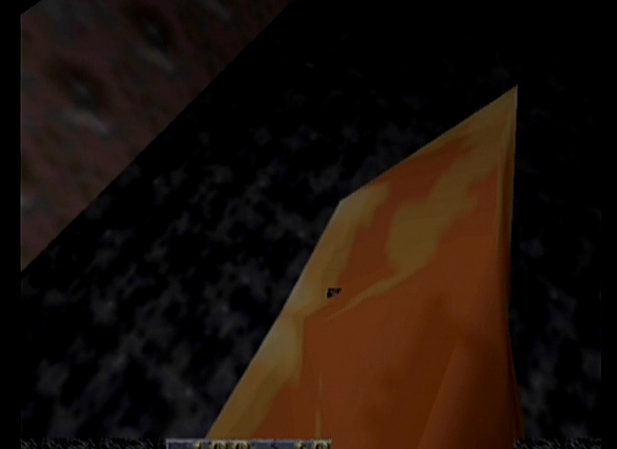 Clipping and distortion of menu elements : 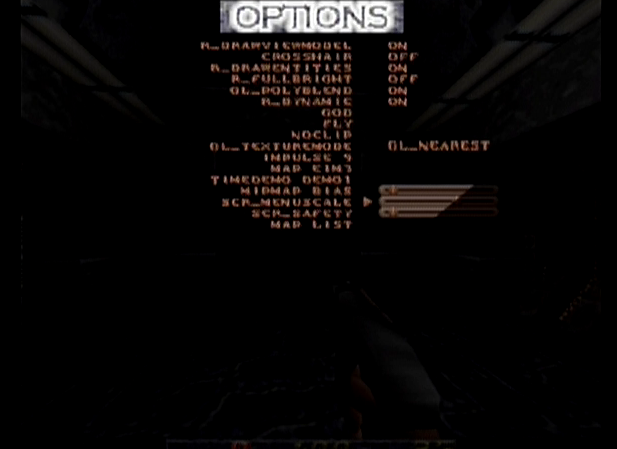 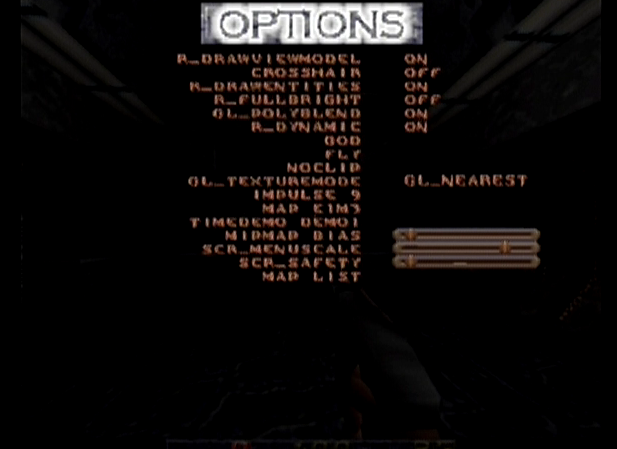 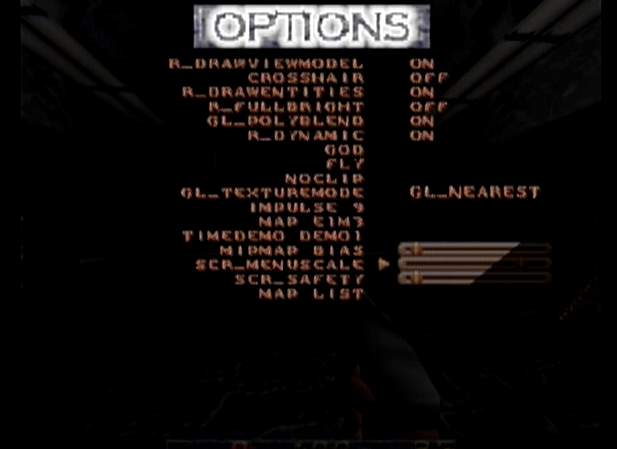 Incorrect rendering of the chaingun model : 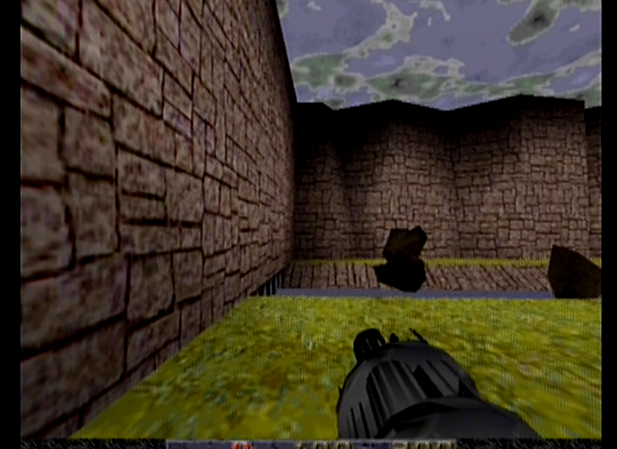 I download the cdi and repack it for dreamshell, I'll try it soon.
The game's size is around 25Mo, it's a full version ?

I can't repack successfully the game for dreamshell at now.

If the video is old, I'm impatient to see this version.
Top
Post Reply
119 posts